Attività
Attività
Since 1983 Bergamo Film Meeting Onlus has been working to promote quality cinema, exploring new international productions and great masterpieces of the past and offering opportunities for further study and analysis.

Bergamo Film Meeting Onlus was founded in 1983 and since 2013 it has been registered as a non-profit organization of social utility. Its mission is to promote and support film culture with a particular focus on quality cinema and authors. 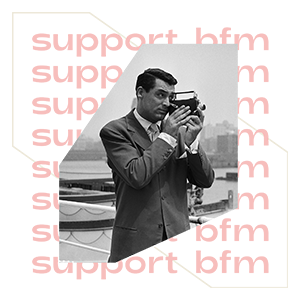