CRIME. Watch Out:
Shadows are Following You

BFM — 30
BFM — 30
BFM has the pleasure to open the door to the event CRIME. Watch out: shadows are following you, exposition of original drawings and serigraphs by Igort.
ExhibitionsBFM 30

BFM has the pleasure to open the door to the event CRIME. Watch out: shadows are following you, exposition of original drawings and serigraphs by Igort. The expo is starting on Friday 9th March at 18.30 at the Porta S.Agostino Hall; visitors will find an artwork trip through the noir genre of Igort, pseudonym of Igor Tuveri, one of the most fascinating contemporary story-tellers.

The expo houses the original drawings and serigraphs of the comic tale Sinatra (Coconino Press, Collana Maschera Nera, Bologna, 2000), story of an Italo-American loser who gets lost in the big city of New York.

Alternation between lights and shadows, pauses and silences, rarefied atmospheres as well as noir environments are well expressed through the original use of watercolors and black and white two-tone.

Nearby are suggestions and paintings of Polar (Coconino Press, limited and counted edition, Bologna, 2004), precious portfolio composed by 8 images of polar inspiration, signed and silk screened with colors along with films hand-retouched by the artist.

Igort, pseudonym of Igor Tuveri, was born in Cagliari in 1958. With thirty years of activity and translated works in over fifteen countries, he is one of the most eclectic and well-known Italian comic strip artists in the world. During the 80s, he contributed to the renewal of the Italian comic scene together with artists like Daniele Brolli, Lorenzo Mattotti, Giorgio Carpinteri, Marcello Jori and authors from Valvoline, experimental magazine oriented to the research, language contamination and code breakings with the traditional comic style.

He launched magazines like Dolce Vita, Fuego, Due and Black. He cooperated with some important Italian and foreign journals like Alter, Linus, Echo des Savanes, Frigidaire, Metal Hurlant, Morning, The Face.

His works have been published all over Europe, Asia, Oceania and America. During the 90s he began publishing in Japan with Kodansha, Magazine House Tokyo e Hon Hon Do. For Kodansha, a giant in Japanese publishing market and main promoter of manga editions, he published a serial named Amore, set in Sicily, and Yuri.

In 1994 he exposed his works at the Biennale of Venice. He won several awards and honors both in Italy, Europe and overseas; he cooperated with famous writers, screenwriters, filmmakers and musicians. In 2000, together with Carlo Barbieri, he founded the Coconino Press, publishing house with the aim of promoting international comic strips in Italy.

Since 2009 Coconino Press has started a solid publishing alliance with Fandango, Italian label for cinema production and distribution.

Active artist even in the music scene, Igort cooperated with the electronic duo Yello and with Ryuichi Sakamoto; he is member of the Igort & Lo Ciceros and the futurist-inspired band Slava Trudu. He has been author and radio host for Radio Città del Capo and Radio 2 RAI. He writes cinema screenplays. Gadgets, design objects and other merchandising stuff have been created by his drawings, like “Yuri”, a watch produced by Swatch.

Wild traveler, he has been living between Paris and Sardinia. Recently he published “Russian notes. The forgotten war in the Caucasus” (Mondadori, 2011) and “Ukrainian notes” (Mondadori, 2010), comic reportage resulting of two years spent travelling between Ukraine, Russia and Siberia. 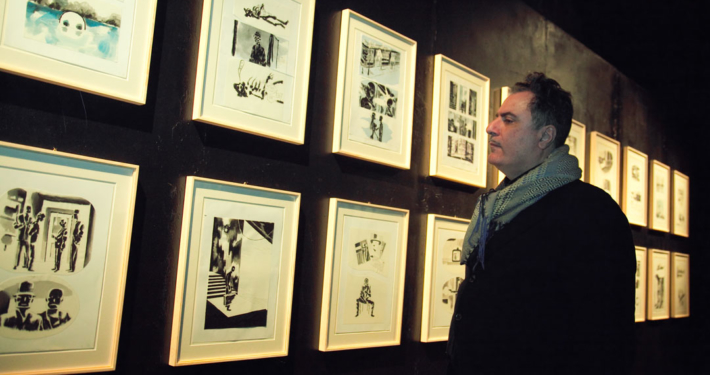 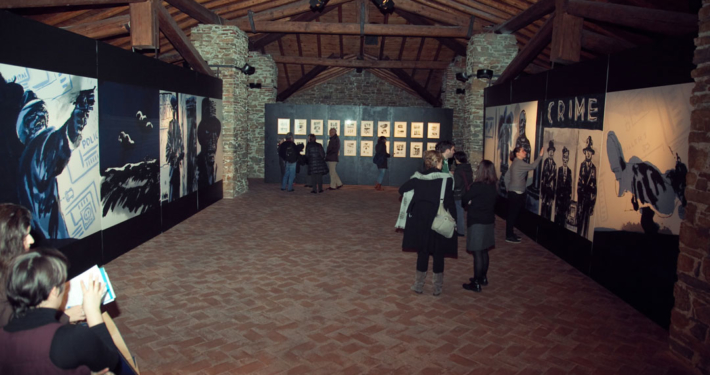 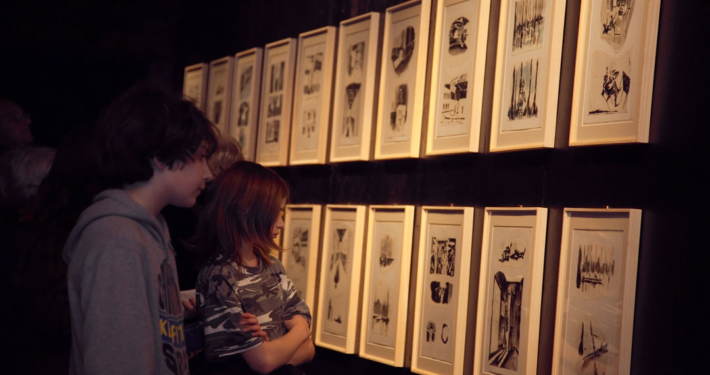 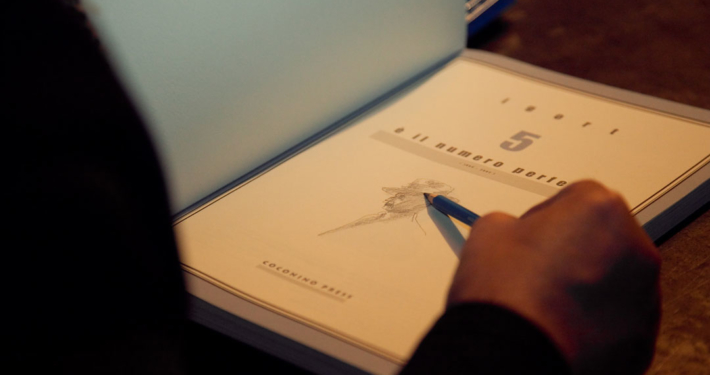