BFM — 35
BFM — 35
The 35th BFM – Bergamo Film Meeting is devoting a section to the relationship between cinema and contemporary art. The leading figure is the Italian artist Franco Vaccari, one of the most significant and important interpreters of the languages of contemporary art.
ExhibitionsBFM 35

The artist will pay homage to the city of Bergamo staging an unreleased environmental video installation Esposizione in tempo reale N.45  (Exposition in real time N.45) at the hall of Porta Sant’Agostino and placing outside of the space the installation Il Mendicante Elettronico (The Electronic Beggar).

On Saturday 11th March, at 4.00 p.m at Cinema San Marco, Franco Vaccari will present a selection of his video works, retracing more than forty years of research and experimentation, that have characterized his artistic career.

The appointment will be accompanied by a meeting with the audience.

From the beginning, in the second half of the 60s, Franco Vaccari developed his artistic research around three fundamental themes: the dissolution of the modernist aesthetic object; the use of photography, film and video, in order to engage the viewer in a process of participation and critical reflection on the media; emphasis on specific contextual conditions of experience with particular reference to the public spaces and the city. Such elements place Vaccari’s works within a particular strand of conceptual art in which the traditional notion of the artwork looks totally outdated.

In Esposizione in tempo reale N.45 (Exposition in real time N.45) the video Buona Notte, showing a hearth with a fire, as it is consumed and crackles, is overlaid on the image of Alessandro Magnasco’s painting Lo scaldatoio di una frateria. The projection of the fire enters into the pictorial composition, breathing life into it.
Esposizione in tempo reale N.45 is a poetic reflection on the figure of Descartes. Vaccari was fascinated by the fact that the father of rationalism commenced his intellectual adventure by drawing energy from forms of irrational thought. In fact, the French philosopher decided to devote his time to philosophy after a night of exalting and revelatory dreams on 10 September 1619 in Ulm, Bavaria. In his writings, Descartes specified that it was very cold that day, so he spent all day in a warm room with a heater.
For Esposizione in tempo reale N.45, continuing research based on involvement and sharing, Vaccari invited several Bergamo artists to create beds in front of the projection, shelters in which to rest and dream, developed according to the artists’ respective languages and poetics.
The artists will make ten new sculptures/beds, specifically designed to dialogue with the video Buona Notte. These dream-like installations will fit into the setting of Porta Sant’Agostino, built between 1561 and 1575, and the historic road leading to Bergamo’s Upper City.
The artists involved in creating the beds are: Davide Allieri, Cinzia Benigni, Filippo Berta, DZT collective, Oscar Giaconia, Daniele Maffeis, Andrea Mastrovito, Giovanni Oberti, Francesco Pedrini, Maria Francesca Tassi.
On 10 March, for the inauguration of the installation at Porta Sant’Agostino, the space will host the “repose” of the artists and several cultural figures throughout the night.
Vaccari is thus staging a situation in which the direct contribution of those who interact with Esposizione in Tempo Reale N.45 is indispensable for implementing the work.

Outside Porta Sant’Agostino there is Il Mendicante Elettronico (The Electronic Beggar), a video installation from 1973. On a cathode ray tube the words “Der blinde kommt gleich” (the blind man will be right back) appears on the screen, overlaying the image of a hamster in a hat. With the operation of replacing the flesh-and-blood beggar with a television set, Vaccari disorients the spectator and highlights the power of the media and the artistic gesture.

On Saturday, 11 March, at the Cinema San Marco, over forty years of research will be examined through the projection of a selection of videos. 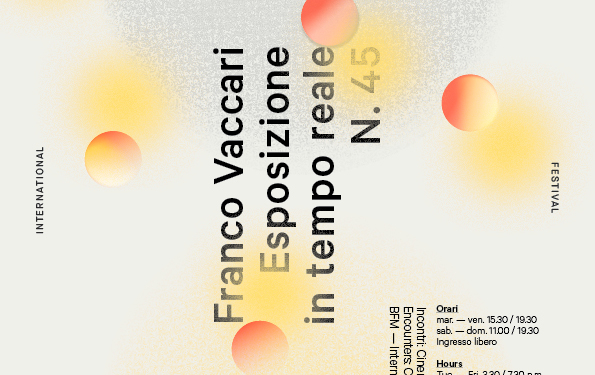 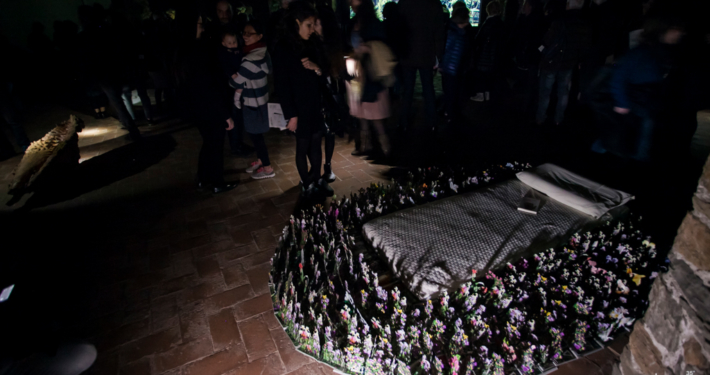 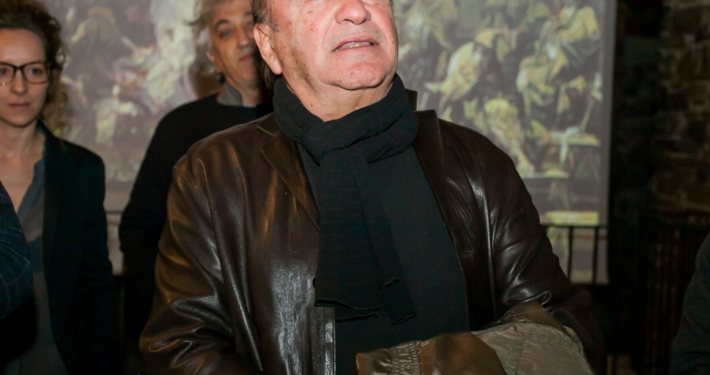 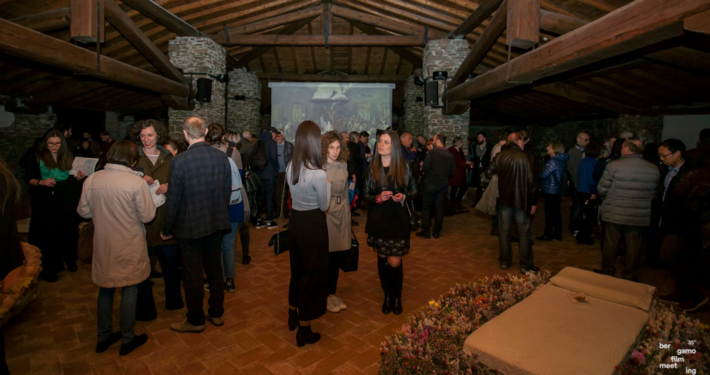 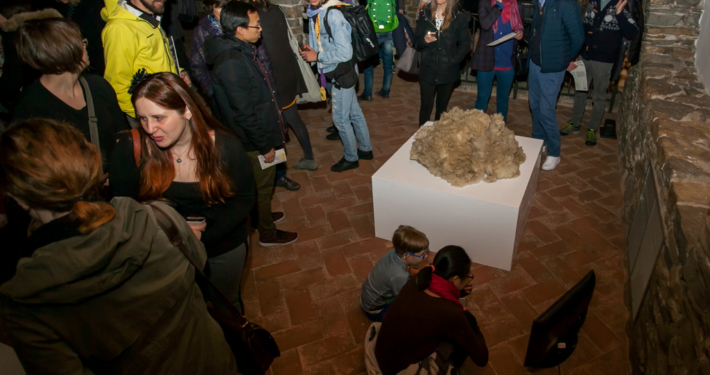 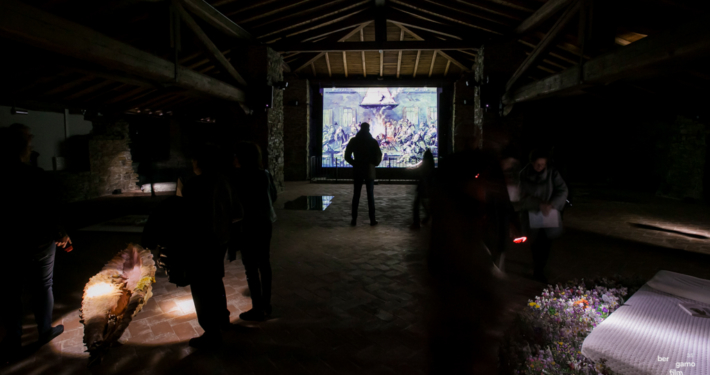 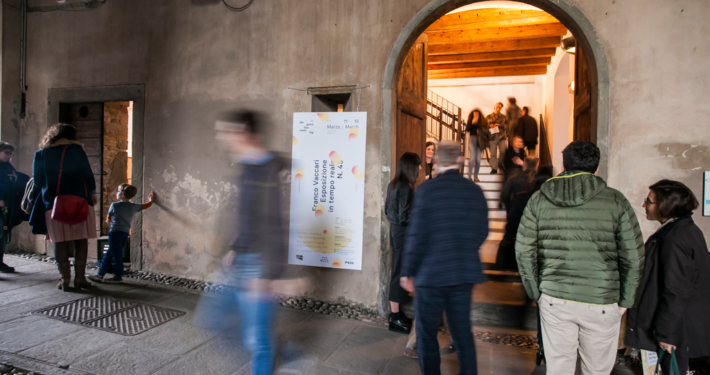 Bergamo Film Meeting strengthens and renews its collaboration with The Blank – a cultural association that, since 2010, advocates for the knowledge and diffusion of contemporary art in Bergamo – by promoting a tribute to Italian artist and photographer Franco Vaccari.
From March 11 to 19, the Sala alla Porta Sant’Agostino will host the environmental video installation Esposizione in tempo reale N.45: La stufa di Cartesio , while a selection of the artist’s video works will be screened at Cinema San Marco.

The collaboration with Franco Vaccari has been possible thanks to the fundamental support of Galleria P420 (Bologna, Italy).

In collaboration with The Blank association.