Europe, Now! Film Industry Meetings is an all-European industry section dedicated to the internationalization of professionals attending the Festival. BFM has always been strongly oriented in a European sense with its moments of permanent education – through the masterclasses given by the directors of the “Europe, Now!” section and of the retrospectives – and, since last year, two industry days were added. Organised as a platform for information and networking, this edition will be focused on the circulation of European films.

An international panel, some significant case histories and one-to-one meetings are scheduled for each of the two days to provide a knowledge guide to the tools in place.

To that end, thanks to the collaboration with Creative Europe Desk Italy – MEDIA, both days will start with a special focus on the programmes of Creative Europe 2021-2027 devoted to the circulation of European films.

The final objective of last edition was to encourage young Italian directors and producers to imagine their projects and approach their work in a perspective that is open to Europe. In this second edition the main focus will be market access intended also as research of the right distribution partners and as identification of the right moment and places to find them – to that end, there will be a special focus on some industry events which present work-in-progress sessions. This is meant to be useful also in terms of research of a European audience for the films, which is to be recognised as crucial, as it is the importance of audience engagement strategies, to be put in place even before a film is finished. Especially now: we all know that when we talk about where and how European audiences watch European films, we talk about movie theatres and online platform, equally.

10 am
Institutional panel and case studies

• Silvia Sandrone (Creative Europe Desk Italy – MEDIA): The circulation of European films and works, their visibility and accessibility have always been at the heart of the MEDIA Programme and remain a priority of the new Creative Europe programme for 2021-2027 that promotes the circulation of films by supporting distribution companies and online platforms, encouraging innovation and collaboration between producers, distributors and sales agents at an international level.
• Christine Eloy (Managing Director Europa Distribution): The new challenges of theatrical and online distribution faced by the network of European distributors, also confronted with changing audiences and their choices.

Following
• Case studies: distribution strategies in Europe of European films distributed in 2021, with contributions of the international sales agent and the Italian distribution on board. Katarzyna Siniarska (New Europe Film Sales) and Anastasia Plazzotta (Wanted Cinema) with Corpus Christi; Quentin Bohanna (MK2) and Beatrice Gulino (Teodora) with The Worst Person in the World.
• Irene Musumeci (MUBI): the example of a platform creating a connection with festivals that is more and more playing a key role in the distribution of art-house films / Focus on audience engagement strategies through the case study of Petite maman – with Beatrice Gulino – Teodora.
• The point of view of an Italian producer with a strong European perspective: conversation with Giovanni Pompili (Kino Produzioni) about Alcarràs, Golden Bear at Berlinale 2022, but also about Sole, European Discovery Award in 2019.

• Sonia Ragone (Europa Cinemas): The challenges and strategies of the biggest cinemas network in Europe and some of their special initiatives (“Collaborate to Innovate” and “Audience Development and Innovation Labs”).
• Daria Voumard: Facilitating the access to film heritage for movie theatre and platforms: Report of the first 2 years and trends for the future of the project Heritage Online by Locarno Film Festival.
• European best practice: Philipp Hoffmann – Kino on Demand

2.30 pm
Key note session
Looking forward to work with VoD, Silvia Cibien
The interactive key note session is intended to bring an overview on the VoD ecosystem, players and business models, with a focus on the European market and independent players beyond the US giants, helping producers and other audiovisual professionals which are approaching online distribution to better understand the dynamics of the sector and audience demand. 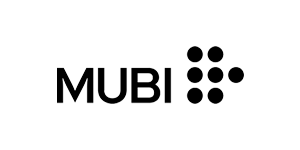