The 90s in Colour – The First Comic Stories

BFM — 35
BFM — 35
Davide Toffolo will be the protagonist of the exhibition The 90s in colour - The first comic stories by Davide Toffolo, today. which will feature original works and prints by the Friulian illustrator.
Daily StripExhibitionsBFM 35

Attended by the artist, the exhibition The 90s in colour – The first comic stories by Davide Toffolo, today. will be inaugurated on Sunday March 12, 5:30 PM, at the Spazio Caleidoscopio within GAMeC – Galleria d’Arte Moderna e Contemporanea di Bergamo.

The initiative is part of the project Daily Strip – The Festival in comics which, for the past three years, has brought the best Italian illustrators to Bergamo during the film festival.

Davide Toffolo will be the protagonist of the exhibition The 90s in colour – The first comic stories by Davide Toffolo, today.which will feature original works and prints by the Friulian illustrator.
These works are a sort of diary of the years that kicked off the fascinating journey of the Italian indie comics and music publishing.
Merry dead kids, teenage ghosts and dog-girls are at the centre of the artist from Pordenone: stories conceived 20 years ago which find a renewed audience and interpretation today through the coloring entrusted to up-and-coming illustrators of the new generation such as Alessandro Baronciani (coloring “Piera degli spiriti”), Giulia Sagramola (coloring “Fregoli”) and Fabiola Ienne (coloring “Cinque allegri ragazzi morti”).
Introducing the audience to the artist’s – also frontman of the band “Tre Allegri Ragazzi Morti” – multifaceted imagery are over 100 original black & white storyboards from his first graphic novels of the 90s; on display in the exhibition hall of the Gallery are, instead, the real works: «Piera degli spiriti», «Cinque allegri ragazzi morti» and «Fregoli», true “multi-pieces” of illustration, drawings documenting the author’s work and unique originality; an exhibition that exemplifies the author’s idea of comics as a multiple art form, typical of the 20th century.

The closing event of the exhibition will be a performance by Lupetto. An Anglo-Italian ensemble hailing from Pordenone, heirs of the local punk-rock tradition (Great Complotto, Prozac +, Tre allegri ragazzi morti), Lupetto is a contemporary rock band.
In their own words: the band was born as a musical “fake” but turned into something more structured, made of music but also of a narrative cartoonistic imagery originated by the naive, ambiguous and controversial character of Lupetto.
For their art-rock attitude, they’ve been chosen by the artist Davide Toffolo as a closing act for his exhibition dedicated to the 90s.

Davide Toffolo is one of the most representative authors of the Italian comics scene. Among his graphic novels the most notable are: «Carnera», «Pasolini», «Il Re Bianco», «Très!» e «Graphic Novel Is Dead». Panini Comics has reprinted over the years all his books from the 90s. «Piera degli spiriti», «Fregoli», «Farefumetti» and the complete series of «Cinque allegri ragazzi morti», in colour.
He is also co-founder and vocalist of the band Tre Allegri Ragazzi Morti, a “short circuit” multimedia project between music and comics. 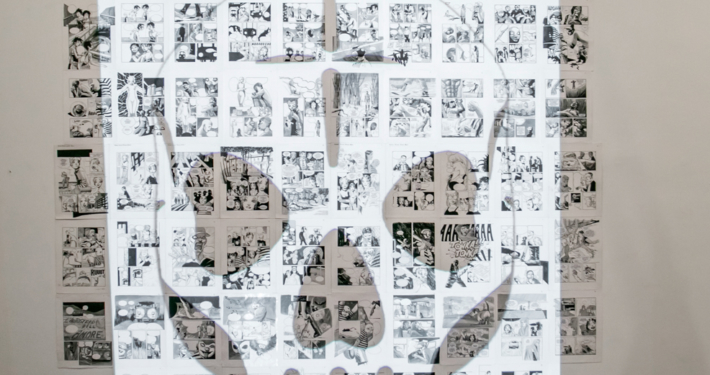 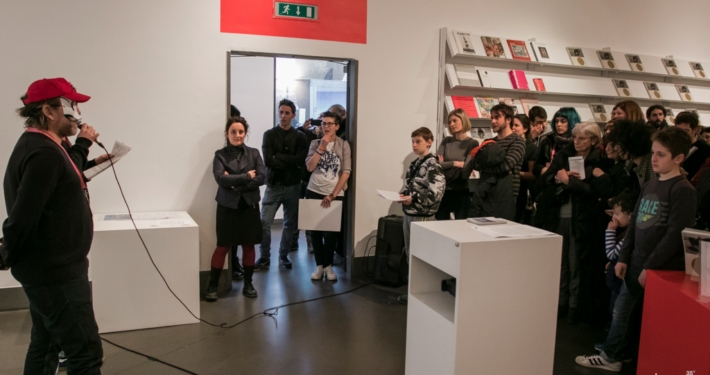 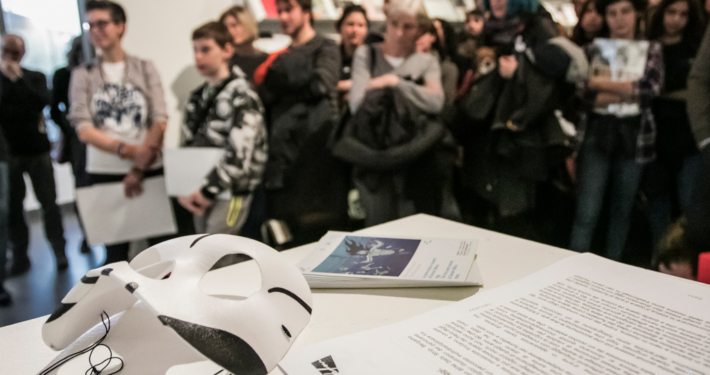 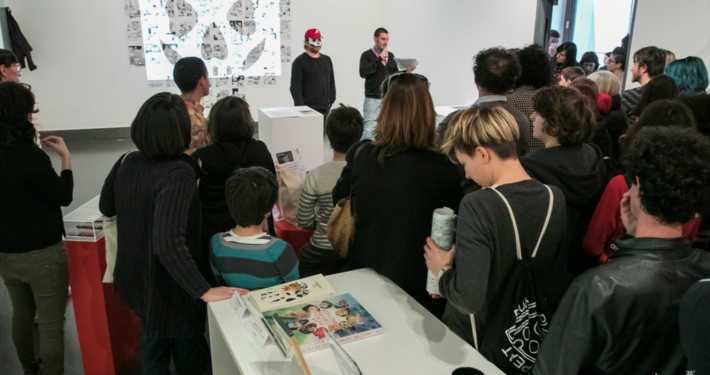 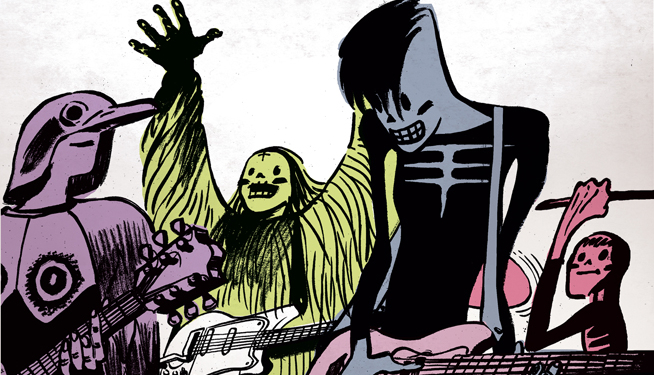 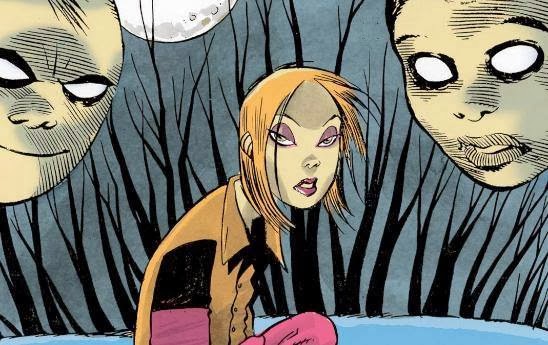