In Iceland’s most anodyne village, once a month, the inhabitants meet at the Bryggjan café, where, every morning, Krilli prepares lobster soup.
On the other side of the mountain is the Blue Lagoon, the great attraction of the island.
But now the whole village seems pushed into the sea. The land will no longer be virgin and stories will sink, leaving everyone orphaned. 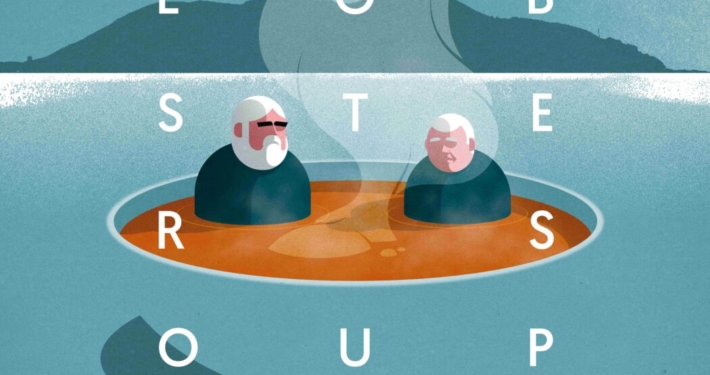 Pepe Andreu – (Elche, Spain, 1973) is a filmmaker and producer. With a degree in Information Sciences, he mounts 15 years of professional experience as a television producer as well as being the director of reports and documentaries.

Rafael Molés – (Castellón, Spain, 1974) is a filmmaker, teacher at the Universitat Jaume I (Castellón), journalist and screenplay writer. He has a degree in Information Sciences and 19 years of experience in the audiovisual industry. In 2012 he received the “Journalist of the year” award in the III Edition of the Journalism Awards of Valencia.