Your support for Bergamo Film Meeting Onlus is even more critical today: join us in relaunching culture, cinema, our Festival and our community!

In its 40th year, Bergamo Film Meeting Onlus is at a turning point: finally, we can go back to the theatres and enjoy films as they’re meant to be seen… on the big screen!
We’re still the same as always, with all our passion for cinema; the curiosity to discover new films and filmmakers and the pleasure of sharing them with you all; and also the joy of revisiting the timeless classics we loved and the ones we might have missed… which we’ll surely love with the same consuming passion.

Now it’s your turn to get into the action!

Join us and become part of Bergamo Film Meeting: give voice, in real-time, to the emotions that thrive during the Festival and the events we organize throughout the year to promote quality cinema.
From workshops to screenings and special events, we made lemonade with the lemons that the global pandemic threw at us and broadened our borders online, meeting new partners and discovering new means of expression and contamination between cinema and the other arts. Now, however, the time has come to come together in person again; to talk to each other face to face, exchange first impressions and share our passion for cinema. Let’s step into the movie theatre together, as if it were the first time and, as the images flow, let’s thrive in feeling our collective hearts beat in unison.

For this is cinema: eyes, mind, heart. Together, close to one another.

Support BFM is the fundraising campaign to help us restart and put together the 39th edition of the Festival and all the corollary events and educational programs we’ve always offered during the year.

Support BFM is a “call to action” to all those who believe in cinema and its ability to engage us and open our hearts and minds; to offer us a glimpse of unknown universes; to portray reality but also leave a door open to the imagination.

Support BFM is a declaration of love to cinema and its community.

Donating is easy and entitles you to tax benefits provided in accordance with existing legislation for non-profit organizations.

You can donate online, by credit card or PayPal by following the instructions on our website. Alternatively, you can donate via money transfer (to: IT21L0306911166100000012383 Banca Intesa Sanpaolo S.p.A.), cheque or cash / Donations to Bergamo Film Meeting Onlus from individuals or companies, with the exception of those made in cash, are deductible in the tax return.

If you want to donate online, choose the option that better suits you below!

For forty years, Bergamo Film Meeting Onlus has been a beacon of quality cinema, with an offer which includes an international film festival, events, exhibitions, screenings (over 4.000!); during these years, we have engaged our audience providing food for thought and inspiration.

Tax Benefits
[Only in Italian]

To associate a business brand to the 40th edition of Bergamo Film Meeting means:

TO SHARE the artistic and cultural values of an international film Festival whose 40-year-long history ranks it the top European events in the field: BFM is a place for premieres, special events, rediscovered masterpieces, and for the audience, the press and its many guests from around the world to meet and exchange ideas. With its art exhibitions, workshops and live performances, BFM is also a fruitful moment of dialogue between cinema and other artistic forms and events.

TO BE IN CONNECTION with a top cultural event, widely recognized not only at local but also at national and international level. Highly praised by film critics, BFM is yearly followed by a diversified, curious, intelligent and above all large audience, with its over 60.000 attendees in a 9-day schedule full of screenings and events.

TO BE PART of the development, preservation and diffusion of cinematic culture and to share the mission of the Festival, meant at giving visibility to new authors and to emerging cinematic cultures, and at rediscovering great cinema from the past.

TO DISENGAGE from the traditional promotion circuit in order to create new forms of communication that may benefit from the Festival’s media coverage, as well as to gather a new audience: numerous, young and culturally dynamic.

Customized forms of collaboration with institutions and business partners can be fine-tuned in close contact with the Festival organizers. Different forms of financial contributions are possible. The partner of a BFM event will benefit from all communication strategies, channels and means that will grant it maximum public visibility, in terms of both network and promotion.

If you want to donate online, choose the option that better suits you below!

on line by
credit card

via money transfer to

In addition to featuring your name on the website page dedicated to Support BFM, you will be able to choose among the following perks: reduced rates, digital publications and a one-year subscription to the cinephile magazine par excellence! 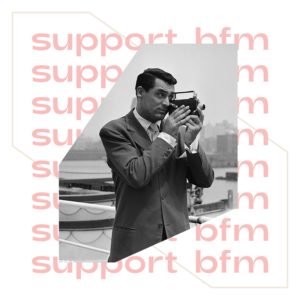 Online acknowledgement – A complimentary ticket to a screening of BFM 40 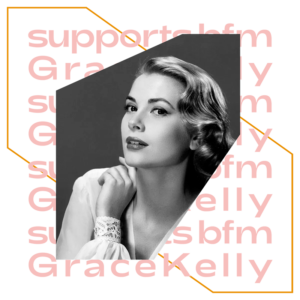 Online acknowledgement – Reduced rate for a subscription to BFM 40 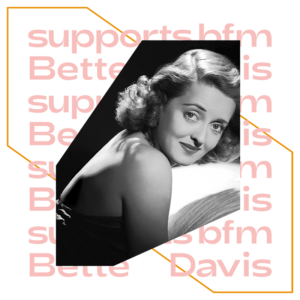 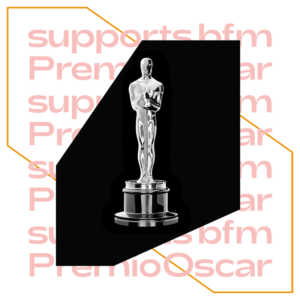