A free loan contract was signed between the Province of Bergamo and BFM Onlus for the use of the premises of the former Pharmacy in Via Borgo Santa Caterina 19, on the ground floor just below the temporary premises in which we are now. It will still take a few months before the new office is operational, just long enough to do some small renovation work. Meanwhile, we are already starting to roll up our sleeves for making our offices beautiful and open space to better spread the love of cinema all around!

On Monday, October 15th at 3 pm in the Sala Rezzara of the Palazzo della Provincia, a free loan agreement was signed with which the Province of Bergamo provides a venue for the Bergamo Film Meeting Onlus, the association that since 1983 is active in the organization of the homonymous film festival and, more generally, in the diffusion and promotion of the seventh art. The contract has a duration of 9 years and concerns 4 rooms on the ground floor of the headquarters in via Borgo Santa Caterina n. 19, for a total of 188 square meters. In addition to establishing the terms of the loan, the document commits the association in the development of initiatives, in collaboration with the Province, concerning audio-visual culture, addressed to both schools and the general public and aimed to the prevention of social problems and exclusion, with an eye back to the past (conservation and restoration of film heritage) and the future (new technologies and languages). 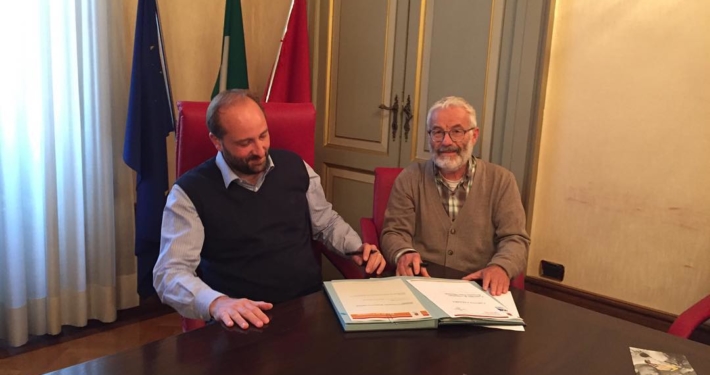